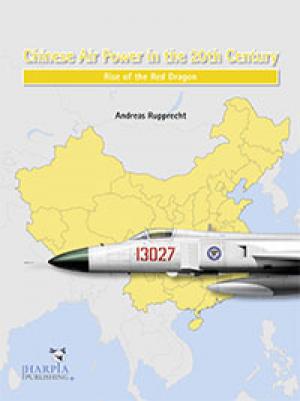 The international community has not only acknowledged China’s continuing rise as a world power but has also closely observed Beijing regain its place in the international community and grow to become a dominant player in the Far East. Despite the difficulty in obtaining relevant information, Harpia’s Modern Chinese Warplanes series has filled an important void in recent years, focusing on the current situation, the structure of this growing force, its order of battle, and the latest types in service and under development. Now, and in order to commemorate the 70th anniversary of the People’s Liberation Army Air Force on 11 November 2019, this new book turns its attention to the history since Mao’s Communist Party took control of the country in 1949. Chinese Air Power in the 20th Century examines the different periods, explains the political events behind them and they connect to military developments, individual structure and capabilities. The title also includes an assessment of how the political climate influenced the design and development of the country’s major military aircraft including the fighters, attack aircraft and bombers created by the Chinese aviation industry after World War II. This also includes a number of design proposals which, for various reasons, were rejected or abandoned. This comprehensive directory provides a lavishly illustrated, in-depth analysis and overview of the historical gestation of the PLAAF and its path to becoming the modern air arm we know today.